One of the reasons September was chosen, is because Pediatric Cardiomyopathy is also considered the “Back-to-School Silent Killer.” 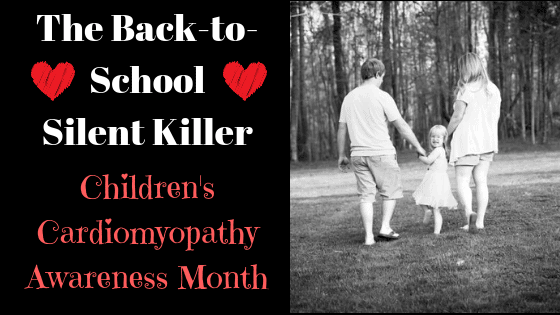 Some even call it the “death by exercise” disease.

Many children suffer from it, with their parents and even doctors not knowing until it is too late.

That is why there needs to be more awareness to prevent the worst.

Maybe you have never heard of cardiomyopathy.

There was a time I had never heard of it either.

Then there was this sudden moment, that my whole world was shaken by the cardiomyopathy diagnosis of my baby.

My sweet little baby who had been sick for around two months.

My sweet little baby who had seen her Pediatrician over a dozen times during this period.

My sweet little baby who rarely cried before, now cried all the time as if she was in pain.

My sweet little baby who saw a different doctor get a second opinion.

My sweet little baby who then saw an ENT because I was told her fevers and heavy heartbeat, was due to an ear infection that just couldn’t be seen.

My sweet little baby who finally saw a Cardiologist (because of my persistence) on Thursday, that told me they didn’t have time to do an echocardiogram even though her EKG came back abnormal.

My sweet little baby who I rushed to the ER on Monday morning because her heart was beating so fast, I knew there was something wrong.

My sweet little baby who had to wait in the ER waiting room for almost 10 hours before they would do an echocardiogram.

My sweet little baby who rode in her first helicopter one hour later, on her way to a city 4 hours away, because her heart was only functioning at 9 percent.

When I think back about that time, it still devastates me to think of all the what-ifs.

We were down to her very last moments.

Nobody saw it. None of the doctors saw it.

It was there the whole time.

The doctors made me feel as if I was crazy, but I KNEW because I AM A MOTHER.

I knew my child. I followed my intuition. But what if I hadn’t.

On that Monday morning, I had to call into work before we left for the ER.

My boss wasn’t too thrilled because I had been calling in often that month because of my baby being sick.

In fact, that morning I had a planned meeting with a big company. I was the ONE who was supposed to do the presentation, so my boss wasn’t very sympathetic.

When I got off the phone, I looked at my baby girl, whom I had already strapped in her carrier car seat. She smiled at me.

For a second, I thought maybe this is just a crazy virus. Maybe I am making a mountain out of a mole-hill.

Maybe I should go to work, then come home and take her to the ER. But I knew better. My intuition said TAKE HER NOW!  And thank God, I listened.

For the next couple of weeks, we lived in the Cardiac Intensive Care Unit (CICU) in a city I had never been to.

She was hooked up to many machines, and had IVs everywhere they could stick them.

In fact, she was being seen by the top Cardiomyopathy Cardiologist on the east coast.

I prayed and prayed. Faith was all I had.

I gave it to God because I had no control. The doctors were doing their best, but with a grim outlook.

I filled out all the paperwork to register my sweet little baby for a heart transplant, but I was told that she was too weak to be approved.

Then a miracle happened.

She started responding to medicines.

She started coming around.

After a week of being there, she sat up.

For a moment, she played with her favorite piano toy, which her Grandpa had driven 4 hours to bring to us.

That was 8 years ago.

We had a long road of recovery consisting of many medications and doctor visits.

We are not out of the woods, because there is no cure.

For now, she is stable, and I pray every day that continues.

Cardiomyopathy is tricky. Sometimes it shows NO SYMPTOMS.

There is a YouTube family called the Bratayley’s that my daughter loves to watch.

Several years ago, their son suddenly died. As my daughter was devastated, I couldn’t help but wonder if cardiomyopathy was the cause.

Then it was announced that, indeed, it was. We have lost other “diagnosis friends” that we have found along our journey.

It is important to know your child’s heart. The Children’s Cardiomyopathy Foundation uses the hashtag #knowyourheart. This foundation was created by a mother and father who lost not just one, but two children to cardiomyopathy.

That is why awareness is key.

1.  Cardiomyopathy is a  chronic disease of the heart muscle that affects the heart’s ability to pump blood.   The disease can present in different forms and may,  in severe cases,  lead to heart failure and/or sudden death.

6. There  is  tremendous  variation  in  symptoms  among  the  different  types  of  cardiomyopathy.  Common   symptoms  include  difficulty  breathing,  fatigue,  exercise  intolerance,  fainting,  dizziness  or  light-­‐ headedness,  chest  pain,  heart  palpitations,  and  swelling  in  the  ankles,  feet,  legs,  abdomen  and  veins  in   the  neck.

7. Cardiomyopathy  can  be  inherited  genetically  or  acquired  through  a  viral  infection  or  cancer   chemotherapy.  Not  all  is  understood  about  the  genetic  and  molecular  mechanism  of  the  disease  in   children,  and  up  to  75  percent  of  those  diagnosed  do  not  have  a  known  disease  cause.

9. Knowing  your  family  cardiac  history  is  essential  in  preventing  premature  death.  A  discussion  of  your   family’s  heart  health  with  a  geneticist,  cardiologist  or  pediatrician  can  help  assess  your  child’s  risk  for   cardiomyopathy.

10. Many  children  with  cardiomyopathy  have  activity  restrictions  and  psychosocial  issues  related  to  living   with  a  chronic  illness.  A  diagnosis  usually  results  in  more  frequent  doctor  visits,  daily  cardiac  medication   and  possibly  surgical  interventions.  Other  modifications  include  dietary  adjustments,  restriction  from   competitive  and  contact  sports,  and  school  accommodations.

So, now you know what cardiomyopathy is. It is scary, but if the diagnosis is caught in time there is hope. If you feel like there is something off with your child, then listen to your intuition. Doctors are wonderful, but they don’t know everything, they are human after all.

This foundation has been my answer key.

It has helped so many parents to understand the diagnosis and even connect with other families. 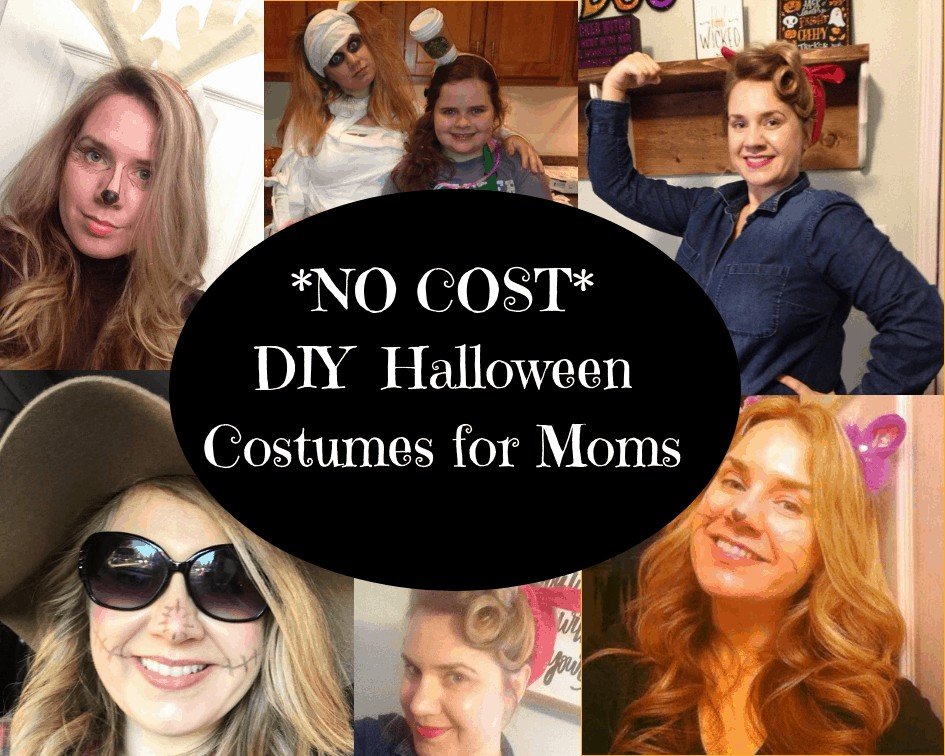 That is so scary! I'm glad you trusted your Mama instinct and took her to the ER that day. Thank you for spreading awareness about this!

Best Ways to Beat the Winter Blues - DIY With My Guy

[…] the spreading germs, it is the flu season after all. We must do this because of my daughter’s heart condition. Although after a while, the cabin fever starts to set in. We all get a little antsy and bored. I […]

I would to power together because I to have a very similar story with my 12 year old. He was a healthy kid until one day he caught what I thought was a virus. I told him back and forth to the doctors and ER and was told he had a virus. It wasn’t until after a month they accidentally found his heart enlarged and diagnosed him with DCM. He has a LVAD implanted in his heart and Is waiting a decision to transplant or allow his heart time to recover. Before now I didn’t even know or have heard about DCM. I would like to banned together and bring awareness to communities across the world.

Jennifer, I hope all is well with your son. I truly believe if more awareness is brought to the attention of doctors and parents that it could save so many. Cardiomyopathy is a very sneaky disease. Always trust your gut and seek second opinions. Please feel free to message me anytime [email protected]

I’ve noticed on my local news lately of several students at sports practices that are falling out and two that have died suddenly. Some details were given later that it was sudden cardiac arrest, unknown cause. After reading your blog, I can’t help but wonder if cardiomyopathy was the cause and parents were unaware. They are talking more about putting AED’s in the sports activity areas to try and save a life for some that may suffer heart failure while doing such activities. Obviously, more physicals on students and athletes should involve a thorough heart exam. I hope someday they will have more miney to put into this research and we all should spread the word as often as we can. I pray your daughter stays stable and heals someday with a possible cure along with all the others that may have this. Many prayers for her, you and your whole family. Thank you for sharing with us.?

Thank you for the prayers Pam that means so much! More than likely Cardiomyopathy was probably involved in those cases. I really do hope to bring more awareness to lower the mortality rate.

Very informative. I’m so happy you caught it in time and we’re so persistent with the doctors. How scary that must have been. As a teacher, I appreciate this post for raising my awareness.

He's a welder & I'm a writer. Together we are building our story three projects at a time. So please stay a while and read about budget-friendly projects that turned this house into a home!